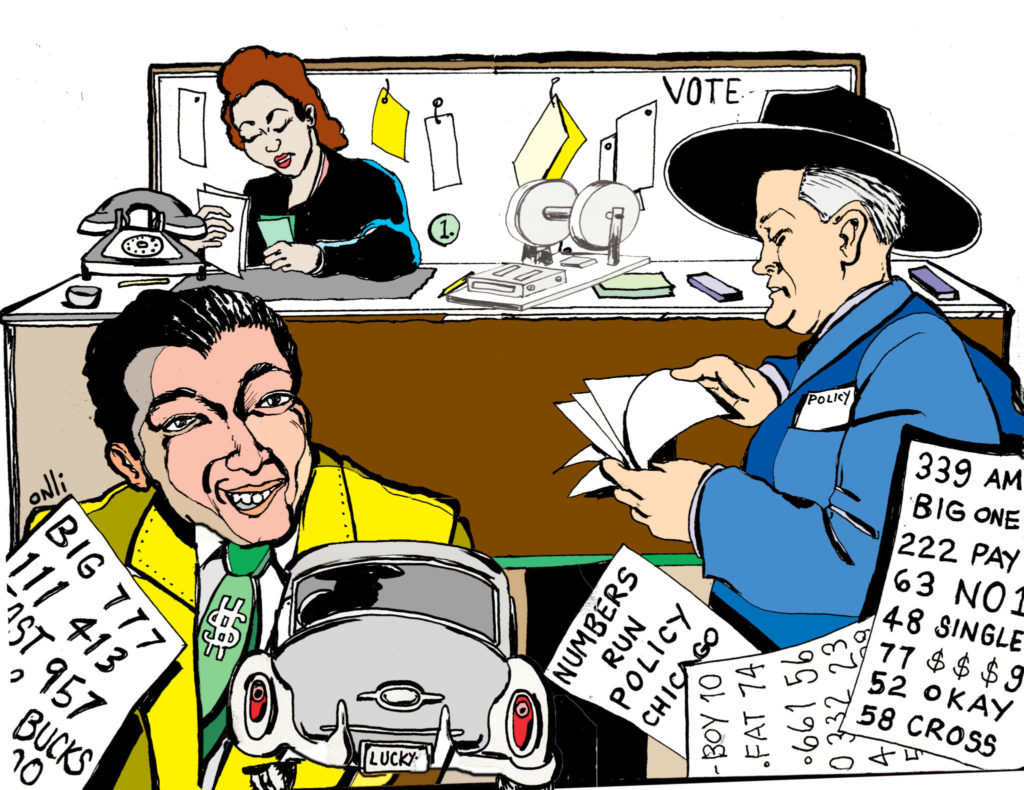 The church, the folks / Help make the change,

all of my dreams are real

all of my dreams are so real

It’s the first minute of the new podcast Bronzeville, and the theme song runs through me like a joyous whisper. This is our city they are singing about, people! This is a theme song about our neighbors!

Bronzeville, an online radio show, is a ten-part series that premiered February 7. An episode is released every Tuesday. The eye-catching executive producers and main promoters for the show are actors Laurence Fishburne, Larenz Tate, and Tate’s brother, Larron Tate. Since this podcast is a mini-Hollywood production, there is a long list of other executive producers and contributors, and the show has received national attention in response.

According to NBC News, Larenz Tate described the show as “theater of the mind,” and it features high-caliber acting. The cast is full of black actors, in sharp contrast to the chart-topping podcasts on iTunes, most of which are hosted by white men and women. (Bronzeville sits at 114th place.) Its format, which utilizes a lot of first-person, may take some getting used to for some listeners. The listener is right there in the scene with the characters, like in a movie. The show is moved along non-diegetically by a narrator who sets the scene by saying things like “1946, Grand Crossing in Chicago.”

One of the first times the sound-design of the show becomes jarring is when we first meet the character Jimmy Tillman, played by co-producer and co-director Larenz Tate himself. Soon after we are introduced to him, Tillman is forced to kill a cartoonish, hateful white racist who comes after him. At first, acts of violence like this scene feel satisfying to the listener, because you are still getting used to the act of listening for its audio signs: knife sounds, fighting noises, grunts. But as the series goes on, the violence feels less heroic, and more tragic.

The show focuses on two main families, the Randolphs and the Copelands, as well as Jimmy Tillman, who gets mixed up with both. Laurence Fishburne plays Curtis “Eyeball” Randolph, an empire-builder, the type who’s gotten mixed up with Al Capone here and there, and turned “straight” and “narrow-ish” with help from the love of his life, Anna, who is played with warmth by Golden Globe–winner Tracee Ellis Ross. Curtis heads the first black-owned bank in the U.S., the fictional Caldwell Bank.

The Copelands run the famed “policy wheels,” betting games that were especially popular in Black neighborhoods in midcentury Chicago. Acting basically like a localized lottery, the wheels were used to keep money within the neighborhood, and to fund political and community events. Although they were technically illegal, law enforcement largely overlooked the games.

There are four Copeland siblings: Everett, who we meet serving jail time for tax evasion in Terre Haute, Indiana; Zeke and Jesse, who are running the policy wheels on the outside; and their younger sister Lisa, who has just graduated from a segregated Northwestern University.

Lisa, played with reserved nuance by Tika Sumpter, is the star of the Copeland family, the character with the most “ear-time.” With her heroine smarts, she is the hope for her family to make it in the “the straight world” (read “the white world”). We are introduced to Lisa early on as she interacts her white “best friend” Marjorie, who “tries” to get Lisa to be allowed to walk at their segregated graduation from Northwestern, and who also “tries” to get Lisa invited to her wedding at a segregated country club.

Within the plot of the show, it is revealed to us that Marjorie turns out to be the daughter of the mayor, presumably Mayor H. Kennelly, the same mayor who starts allowing raids on her family’s policy wheels, because of some political mechanizations. Lisa comes to Marjorie and asks her to talk to her father about stopping the raids on the policy wheels. Marjorie refuses, citing “you can’t build anything on the back of crime.”

Lisa burns her with class, replying, “Forgive me, your family made its money on the back of the slave trade,” an interaction representative of the wit and candor with which Lisa’s character is written throughout the entire series.

In an interview with WBEZ, the Tates and writer Josh Olson said they based much of the show off the book Black Metropolis, the landmark study of race in Chicago first published in 1945. Yet it is difficult to ignore the parallels between the forties-set show and today—they create a pressing mandate for change.

This podcast is ideal for anyone interested in local history, or anyone who wants to learn a historical fact or two from Laurence Fishburne. For those who enjoy the serial experience, there is still time to catch up: the show just released its penultimate episode, with one more to go.

Did you like this article? Support local journalism by donating to South Side Weekly today.